Progress in voice technology means patients with speech impairments can now benefit from improved voice banking; the resulting voices are very like their own. A voice signal and persona can be created from scratch, based on only a few minutes of speech recordings.

My-own-voice online service offers individuals diagnosed with speech or language disorders – resulting from ALS or other conditions such as aphasia, dysarthria or apraxia – the possibility to create their own digital voice.

Acapela DNN technology represents a major advance in our core technology, it opens the path to a new chapter for my-own-voice, the voice banking solution that offers all patients the possibility to preserve their voice identity, even if their voice is damaged and low energy levels make recording difficult.

Creating a digital copy of your voice

Users can keep speaking and communicating using not only speech synthesis but their very own voice, which has been synthetically re-created, helping them maintain their identity.

DNN (Deep Neural Networks) have revolutionized artificial vision and automatic speech recognition. This machine learning revolution is keeping its promises as it enters the digital voice arena. It is leading to better performance, accuracy and consistency.

Acapela Group is actively working on DNN. With Acapela DNN, we can now create a digital version of a person’s voice using only a few minutes of existing recordings (message banking) or new speech recordings (voice banking).

The Acapela DNN engine is a major component of the new version of my-own-voice.

The enhanced my-own-voice delivers voices very much like the user’s own. The voice can be used with an assistive device to read any sentence, keeping the essence of the original in terms of timbre, accent and intonation. The voice and way of speaking are instantly recognizable.

Check out the video made by John Costello, Director of Boston Children’s Hospital’s Augmentative Communication Program, using and commenting on his own voice created with my-own-voice.

More affordable for the community

Acapela my-own-voice was initially released in 2015. Since then, Acapela has gathered feedback from patients, vendors, clinics and other institutions in order to provide the community with a more affordable and flexible service.

My-own-voice has been improved but the concept remains the same. Each patient is able to create a

voice to test online through a type&talk demo. The voice, once purchased, can be used in Windows and Android (both as a system voice) or iOS (bundled with an application).

In order to meet a growing demand for specific voice solutions adapted to accessibility markets, Acapela Group has created a division dedicated to inclusiveness with an initial specific focus on speech impairments, learning disabilities, visual impairments and meeting the needs of seniors.

Acapela Inclusive aims to provide everyone, whatever their disability or impairment, with a voice, to help them live more independently through easy access to technology. 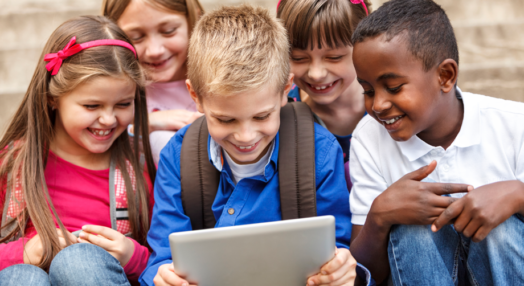